Law catches up with smokers

Tobacco smoking is killing almost 50 000 South Africans a year, placing a huge burden on the already overloaded healthcare system and volatile economy. So what is being done to curb what are essentially preventable deaths?

Advertisement
Fortunately the news on this front is not quite so grim, and the Tobacco Products Control Amendments Bill is not only getting tougher on smoking in public, but it has the potential to reduce the burden of smoking on the system while saving lives.

It will make advertising, promotion and sponsorships by tobacco industries illegal, unless they are made anonymously, and will also force manufacturers to display some rather graphic images of people suffering from smoking-related diseases to create public awareness on the dangers of smoking.

The first part of the Bill, which has already been gazetted, deals primarily with smoking in public and the regulation of tobacco products. If you are a smoker, this means no more smoking in partially enclosed areas such as verandas, no smoking near doorways of buildings, and no smoking in commercial vehicles or in a vehicle if there is a child in it, amongst other strict regulations.

But will it work?
The big question however, is whether the Bill will work to curb smoking and help reduce the staggering number of tobacco-related deaths each year. The answer, according to Peter Ucko of the National Council Against Smoking, is a resonant ‘yes’.

“We are thrilled about this amendment to the legislation, it will mean that more people are likely to quit smoking, fewer children will start smoking and we will in effect be saving lives and protecting our children,” he said.

Ucko added that international trends in countries which have strict bans on public smoking have shown marked decreases in smoking numbers. And not only does make the nation more healthy, it has the added benefit of taking a rather heavy load off the already burdened healthcare system and the struggling economy.

International bans show positive trend
And he’s right, as shown by a recent study which found that more than 400 000 people in England have given up smoking as a result of the ban on smoking in public places introduced in July 2007, with researchers estimating that 40 000 deaths will be prevented over the next decade as a result of the ban.

In the US, researchers found that California’s large-scale tobacco control campaign has saved $86 billion in healthcare costs in its first 15 years. The $86 billion reduction in health costs, based on 2004 dollars, represents about a 50-fold return on the $1.8 billion California spent on the programme.

Ucko also rubbished claims made by many in the hospitality industry that stricter measures against smoking in public will affect their business, and said that much research had been done into this which showed that if anything, there will be a slight increase in the number of people eating out.

“It’s a misconception that there are more smokers out there than non-smokers, in fact, in SA only 22% of adults over the age of 15 smoke, which means that 78% of the population are non-smokers.

“Also, smokers will not stop eating out just because they cannot smoke, but more non-smokers will go out and this will have a positive effect on the hospitality industry as has been proven time and again in countries where smoking in public places has been completely banned such as in Ireland and England,” he said.

WHO report shows high tax led to reduction in smoking
One of the ways smoking is also being reduced is by adding higher tax to tobacco products, a move which the Department of Health (DoH) has found to be quite effective. According to a report issued by the World Health Organisation (WHO) in February 2008, tobacco use in SA was reduced dramatically primarily because of these higher taxes.

Again, this is reflected international trends which show that higher taxes are especially important for deterring tobacco use among the young and the poor, who benefit most from a decrease in consumption.

“People in these socio-economic groups are much more sensitive to the price of goods. Higher tobacco prices help convince them to quit or not to start using tobacco in the first place,” a DoH statement on the WHO report said.

The WHO report also indicated that consumption had decreased from a staggering 2 billion packs of cigarettes in 1990 to 1.3 billion in 2005, with 40% of the decrease attributable to smokers quitting because of significant increase in prices of cigarettes. The largest decrease was among young people and low-wage earners who reduced smoking most when prices increased.

In addition, it gave SA a rather impressive seven out of 10 for enforcement of bans on advertising, promotion and sponsorship relating to tobacco and five out of 10 for protecting people from tobacco smoke through smoke-free environments. The country has complied with all requirements on placing health warnings on tobacco packages except for placing pictorial warnings. Amendments are being made to the Tobacco Control Act to add this obligation onto tobacco producers.

South Africa was also found to be “doing well in providing counselling and treatment for tobacco dependence, and in allocation of resources for tobacco prevention.”

Smoking still killing thousands every year
However, while these figures may be encouraging, the battle is still far from over, as an article in the South African Medical Journal which showed that smoking caused between 41 632 and 46 656 deaths in South Africa, and accounted for 8.0 – 9.0% of deaths and 3.7 – 4.3% of death and disability adjusted life years in 2000.

The article was published in August 2007 by the Medical Research Council (MRC) and was titled, Estimating the burden of disease attributable to smoking in South Africa in 2000.

Yet while the figures for tobacco-related illnesses and deaths are still a major problem the Health Department, it’s encouraging to know that not only is the problem being taken seriously, but that South African policies on tobacco control meet international standards. The hope now is that they will work as well as they have in other countries.

Read more about the Health24’s Health of the Nation Survey which provides some interesting insight into smoking habits:
Lighting up in SA 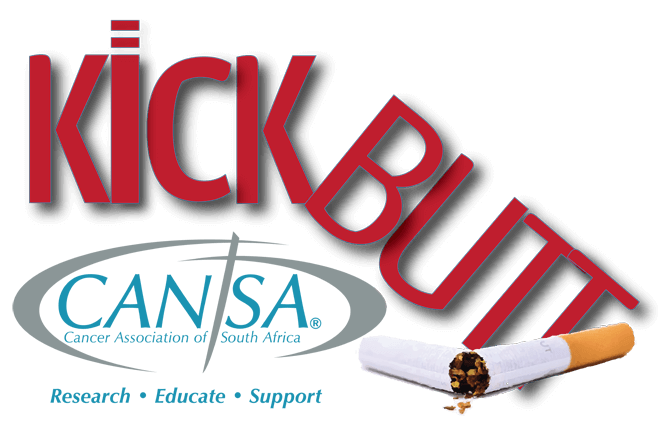