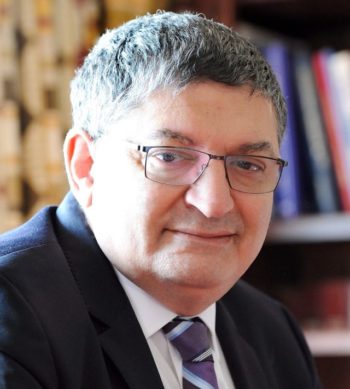 Title of the project

Although the incidence of breast cancer, which was reported to account for 1.7 million cases and 521,900 deaths in women in the year 2012, currently remains higher in the developed relative to the developing world, mortality rates are disproportionately higher in developing countries where breast cancer is the most common cause of cancer death in women. For example, of the various countries surveyed, Nigeria, which is currently positioned 58″ in relation to breast cancer incidence rates, is actually ranked third with respect to mortality per 100,000 females. These higher breast cancer- attributable mortality rates among females resident in developing countries have been ascribed, amongst other causes, to under-prioritisation of this ominous and seemingly increasing threat by national health authorities, often resulting in presentation of patients late in the course of their disease. This already alarming situation is compounded by the low level of global spending on strengthening of oncology health services in developing countries, together with predictions of a “looming breast cancer epidemic” in the developing world. Gene-expression profiling has had a considerable impact on our understanding of breast cancer biology. Four intrinsic molecular subtypes of breast cancer have been identified including luminal A, luminal B, HER2-enriched and triple-negative breast cancer (TNBC). Of the various types of breast cancer, TNBC, which comprises a heterogeneous group of tumours, both Clinically and histopathologically, accounts for 12-20% of all breast cancers. These cancers are characterised by the lack of expression of the estrogen (ER) and progesterone (PR) hormone receptors, combined with either the lack of, or overexpression/amplification of, the human epidermal growth factor receptor-2 (HER2) gene. TNBCs are frequently more aggressive, difficult to treat, and more likely to spread and recur, particularly in patients with later stage disease. Importantly, TNBC is more prevalent in women of African and Indian, as well as Hispanic, descent. In early breast cancer, hormone receptor and HER2 Status, as well as the luminal subtype predicts 10-year outcome irrespective of systemic treatment administered. HER2-positive disease comprises approximately 20 percent the breast cancer patients. From a Clinical perspective, patients with HER2+/HER2-enriched disease appear to benefit most from neoadjuvant trastuzumab, in combination with chemotherapy, and patients with HER2+/Luminal A disease seem to have a relatively better prognosis compared to the other subtypes. Neoadjuvant chemotherapy is a type of cancer treatment, which is performed before surgical resection of a tumour to reduce its size. The purpose of tumour mass reduction is to decrease the extent and invasiveness of the tumour prior to surgery. Neoadjuvant chemotherapy, as a pre-operative strategy, provides an opportunity to study the impact of systemic therapies on the biology of breast cancer. TNBC has a higher pathologic complete response (pCR) compared to non-TNBC when treated with neoadjuvant chemotherapy, while the availability of tumour tissue provides the opportunity to investigate tumour biology, particularly local tumour-associated immune responses and related biomarker profiles. Pathologic complete response is a surrogate prognostic/long-term survival end-point in the neoadjuvant chemotherapy of breast cancer, with a recent meta-analysis having reported a 31% pCR rate for patients with TNBC and HER2-positive disease subtypes.