21 May 2018 – Ezee Plug have partnered with CANSA, in order to promote this easy to extract three-pin electrical plug to communities all over South Africa. 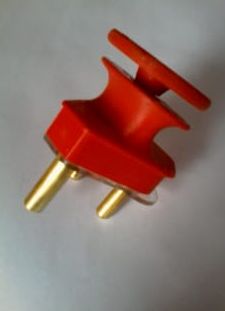 The World Cancer Research Fund has ranked South Africa as 50th worldwide in countries with the highest cases of cancer. Patients with cancer and other debilitating conditions may experience a weakened grip, making the task of extracting a three-pin electrical plug from a socket extremely difficult, even impossible.

The inventor of Ezee Plug, John Theron, witnessed a frail family member trying to pry a plug from its socket, and the idea was born. After manufacturing the first prototype, it became evident that the Ezee Plug had a place in the day to day lives of the community at large.

View the video and place orders at www.ezeeplug.co.za

Eeze Plug and CANSA realised a definite need for this product that can help caregivers and patients. The mass production of the Eeze Plug is set to begin within the next two months. A percentage of proceeds from all sales of the Eeze Plug will be donated to CANSA to assist with their research, education and support programmes.

“We look forward to a very successful collaboration with CANSA,” says John Theron.