28 August 2017: The 67th session of the World Health Organization (WHO) Regional Committee for Africa takes place in Victoria Falls, Zimbabwe, from 28 August to 1 September 2017.

The Regional Committee, comprising health ministers from the 47 countries in the Region, is the Governing Body of WHO in the African Region.

The Cancer Association of South Africa’s CEO, Elize Joubert, joined the session, as the Union for International Cancer Control (UICC) delegate, on behalf of UICC Management, and delivered the following statements at this meeting:

The UICC is a membership organisation representing 159 cancer organisations across the African Region.

South Africa’s Minister of Health, Aaron Motsoaledi, challenged the Africa region to address non-communicable diseases once and for all, and highlighted cancer and diabetes. He also drew attention to high levels of sugar in beverages, as a contributor to these NCD’s. 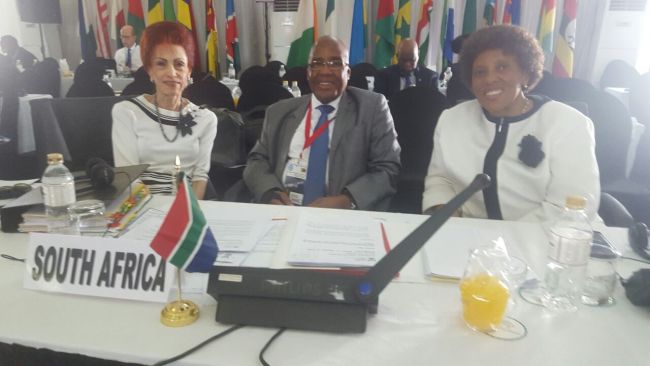